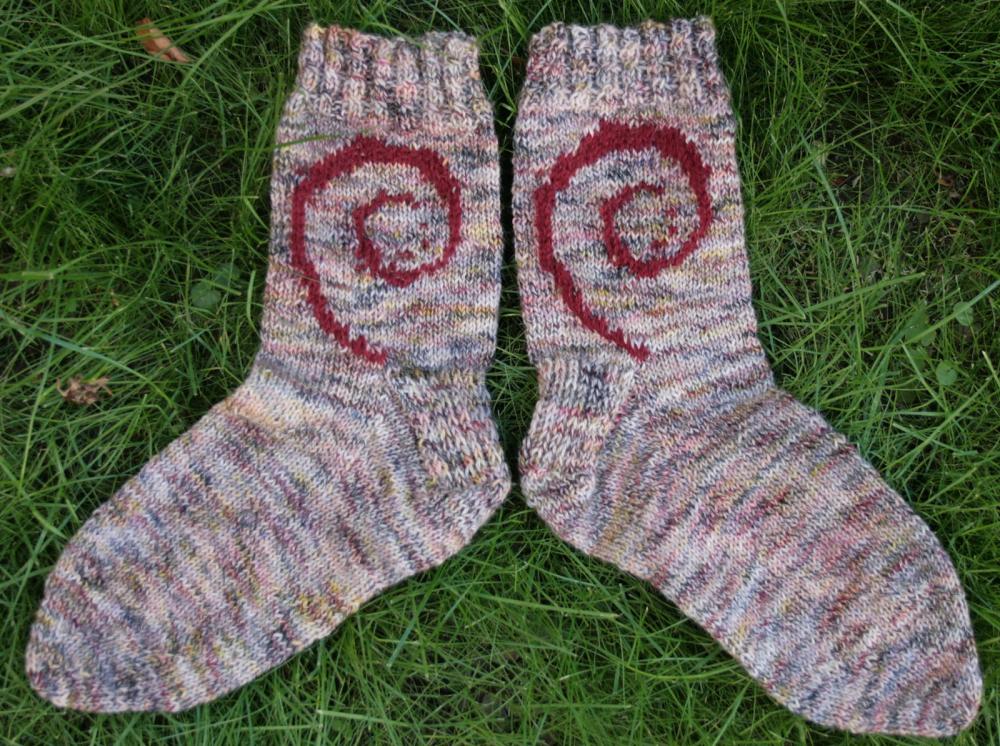 In late summer 2018 I knit a tunic featuring a yoke with flower or spiral motifs. The spiral motifs inspired me to change them into Debian Swirls, because this is the beautiful logo of the debian project, my favourite linux distribution: Debian – The universal operating system.

So I sat down to convert the logo into a matching knitting pattern. Later that day I realised it was Debian’s 25th birthday and immediately decided to write a sock design with a Debian Swirl on the side of the leg (and optionally on the back of the foot aswell). 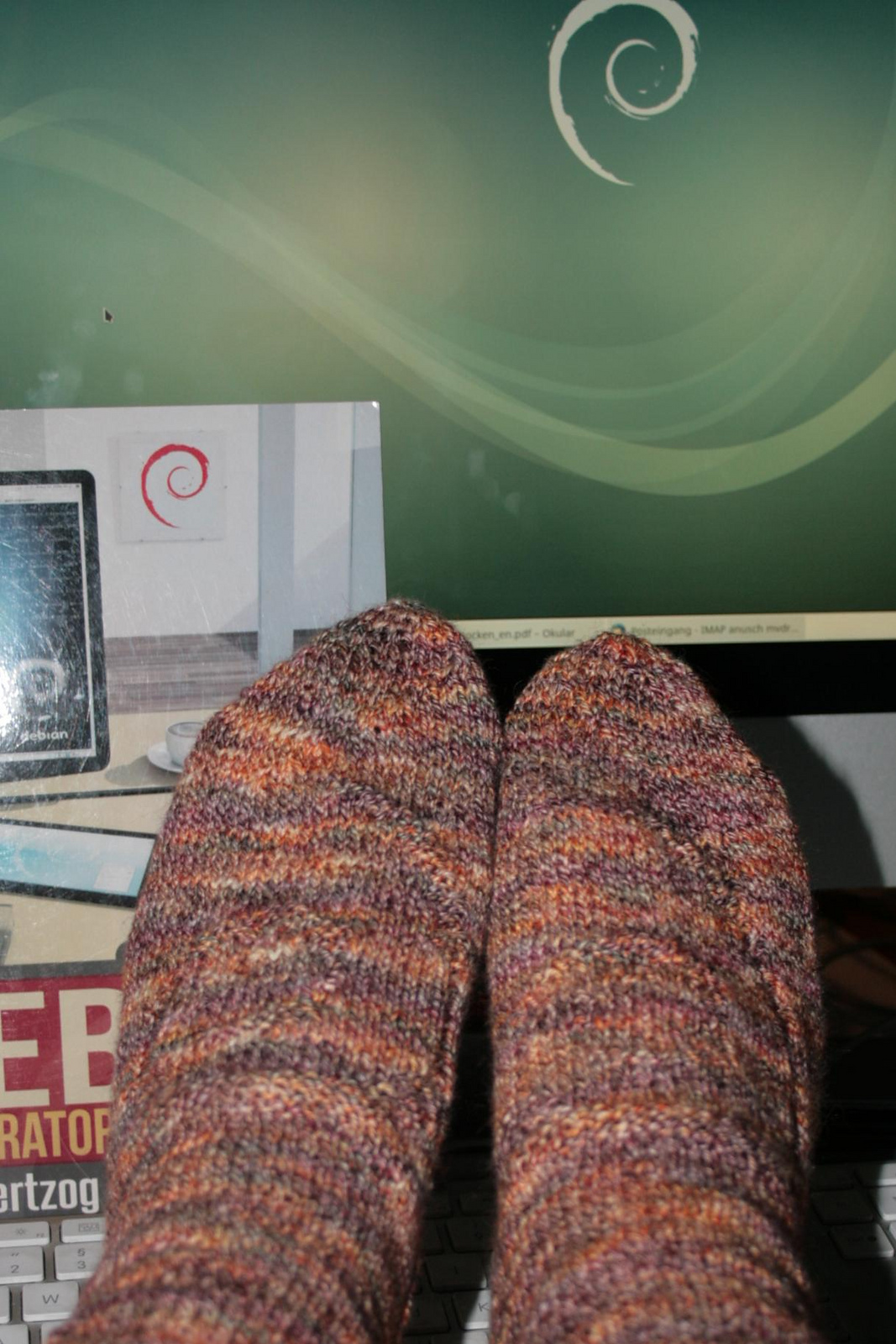 In the first version of the pattern, the swirls were being purled on a stockinette background. This second version now includes instructions for knitting colourwork swirls with a technique called intarsia in the round. It was released on July 6th to celebrate the release of Debian 10 – codename Buster.

All versions are distributed freely to live up to the idea of free and open source.